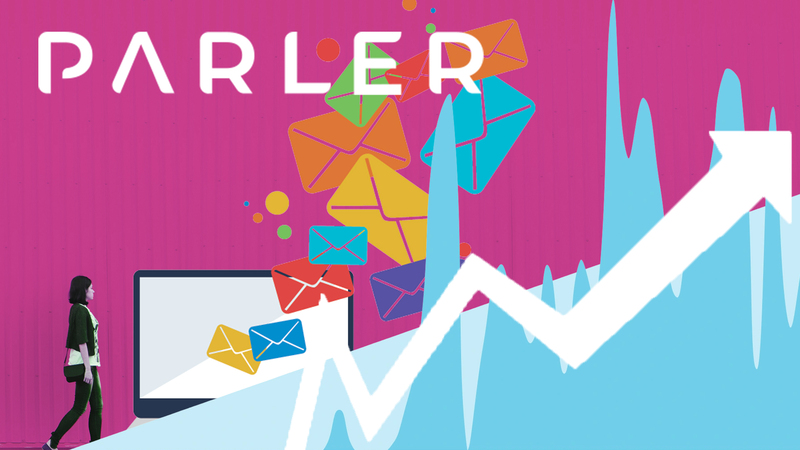 N/A by N/A is licensed under N/A
Facebook Tweet LinkedIn ShareThis
The Problem:
Silicon Valley has long been known for their blatant censorship of Conservatives online - banning and silencing users for speech the Tech Lords have ruled “politically incorrect.”

With the threat of censorship lingering around every corner, Conservatives wanted a platform to flock to, but were unaware of what alternatives existed.

Parler had the solution and was ready to challenge the Big Tech Tyrants. The upstart social media app needed a way to grow their audience, increase their downloads and active users, and market their free-speech platform in order to take on the giants of Silicon Valley.
The Solution:
Political Media started working with Parler in March of 2020 to help them compete against the social media giants. Political Media’s e-mail platform and website builder exists free from censorship - so we could market Parler’s message of freedom using our own technology, rather than relying on Silicon Valley.

Political Media provided the infrastructure to support the surge in signups and offer seamless service without interruptions.

The Results:
Using our marketing methods, Political Media helped grow Parler’s members from 200,000 to over 10 million in just 8 months.

Our e-mail marketing services and branding campaigns effectively expanded Parler’s competitive edge, user downloads, and helped them reach a wider audience and engage with the content. What began as an upstart app quickly became a household name and a place for freedom of expression.

Can Political Media help you expand and grow your email list to reach a wider audience?

Our services have helped hundreds of clients, and they can help you too!